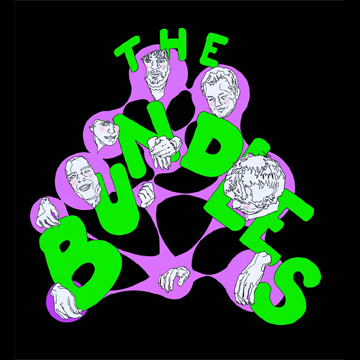 1. A Common Chorus
2. Pirates Declare War
3. Klutter
4. Shamrock Glamrock
5. Over The Moon
6. Ishalicious
7. In The Beginning
8. Desert Bundles
9. Metal Mouth
10. Be Yourself 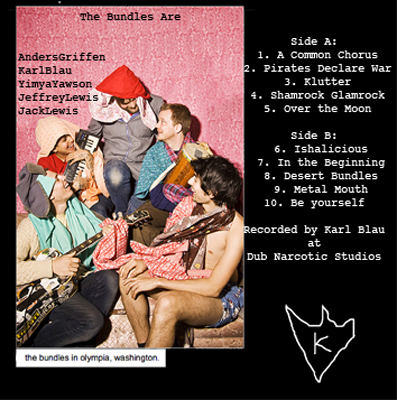 “The Bundles are happy just to follow wherever their unique, usually vivid, sometimes perverse pop imaginations take them all by themselves, but there are enough good reasons for you to go along for the ride, too.” – Popmatters

“[Dawson & Lewis have] continued to plough the same sweet furrow, writing small strange songs filled with broad humour and touching whimsy cut through with occasional heartfelt lyricism. Which is to say that if you love Dawson or Lewis, you’re likely to love The Bundles” – (7 stars of 10) Drowned In Sound

“This long-mooted debut album melds the potty-mouthed stream-of-consciousness lyrics of Dawson to Lewis’ freak-folk storytelling with plenty of feverish enthusiasm. The splendid ‘Pirates Declare War’ is far from the only understated treasure served up by the winsome pair. ” – (7 stars of 10) NME