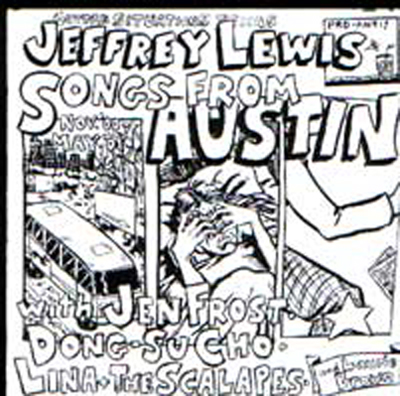 CD is SOLD OUT but the album is available for $6 at JeffreyLewis.BandCamp.com

13 songs released on CDR, from 23 four-track recordings made in April/May 2001. Jeff accompanied by various friends, including Jen Frost, Dong-Su Cho, “Lina & the Scalapes” and Laurie Brown. Two pressings on CDR, of 100 copies each. First CDR pressing has a different recording of “You Don’t Have To Be A Scientist…”. (Released spring 2001)